Beloved holiday special has been No. 1 holiday program on PBS for 14 years

SALT LAKE CITY, Nov. 15, 2019 /PRNewswire/ — This December, PBS and BYUtv, a nationwide family entertainment network, will air the 16th annual “Christmas with The Tabernacle Choir” holiday special featuring Emmy® and Tony® Award-winning actress and singer Kristin Chenoweth. A 60-minute version of the program will premiere on PBS on Monday, Dec. 16, 2019 at 9 p.m. ET (check local listings). The 90-minute version will air on BYUtv on Thursday, Dec. 19 at 7 p.m. ET and 10 p.m. ET.

(PRNewsfoto/BYUtv)
(PRNewsfoto/BYUtv)
“There were exactly three programs I watched on TV growing up: The Tabernacle Choir holiday specials, Miss America and the Tony® Awards,” said Chenoweth. “This Christmas concert is part of my history, part of my DNA, and it was a bucket list item of mine for a long time, so I am very honored and grateful for this experience. It is music and professionalism at the highest level – it could be a Broadway show. I have been so fortunate to perform in a lot of amazing places, but this is a Top 3 moment for me in my career and something I will never forget.”

Chenoweth joins a 600-person strong cast composed of The Tabernacle Choir at Temple Square, Orchestra at Temple Square and Bells on Temple Square for a night of Christmas celebration through music, dance and storytelling. With a special program that puts Chenoweth’s characteristic charm, style, faith and artistic prowess on display with the artistry of the Choir and Orchestra, viewers will enjoy a mix of classic Christmas carols and festive hits from across a number of genres: Broadway, pop, country, classical and Christian/gospel.

“Kristin was on our radar to be a guest artist for our Christmas special for at least a decade, making this year’s program even that much more special for us,” said Mack Wilberg, music director of The Tabernacle Choir. “Not only is she one of the most versatile performers we’ve ever had grace our stage, but we were all just completely overwhelmed and charmed by the incredible energy, warmth and generosity that she brought to the production. We are thrilled that millions of viewers worldwide will be able to feel that this holiday season.”

“Christmas with The Tabernacle Choir featuring Kristin Chenoweth” was filmed over three consecutive nights in December 2018 in front of a live combined audience of over 63,000 at Salt Lake City’s Conference Center at Temple Square.

In addition to the airings on PBS and BYUtv, the special is available for purchase as a DVD or CD titled “Angels among Us.” For more information, visit: https://tabchoir.org/shop/christmas or http://www.shoppbs.org.

About Kristin Chenoweth
Emmy® and Tony® Award-winning actress and singer Kristin Chenoweth’s career spans film, television, voiceover and stage. In 2015, Chenoweth received a coveted star on The Hollywood Walk of Fame. In 2009, she received an Emmy® Award for Best Supporting Actress in a Comedy Series for her role in “Pushing Daisies.” In 1999, she won a Tony® Award for “You’re A Good Man, Charlie Brown” and she was also nominated for her original role of Glinda the Good Witch in “Wicked” in 2004. Chenoweth has been nominated for two Emmy® Awards and for a People’s Choice Award for her role on “Glee.” In 2009, she wrote an upliftingly candid, comedic chronicle of her life so far, “A Little Bit Wicked,” which debuted on the New York Times Hardcover Non-Fiction Best Seller List. Chenoweth’s album, “The Art of Elegance,” debuted at #1 on Billboard®’s Current Jazz and Traditional Jazz charts, and #1 on Amazon’s Vocal Pop chart. Her latest album, “For The Girls,” features guest artists Ariana Grande, Dolly Parton, Jennifer Hudson and Reba McEntire. To celebrate its release, Chenoweth will return to the Broadway stage this November in an eight-performance concert engagement. Upcoming, Chenoweth will star in the Hallmark Channel’s holiday film “A Christmas Love Story,” slated for December 2019, and the Netflix film “Holidate,” which will premiere in 2020.

Chenoweth formed a charity partnership with the Broken Arrow Performing Arts Center (BAPAC) Foundation in her home state of Oklahoma, with whom she launched an annual Broadway Bootcamp in 2015. Chenoweth is a graduate of Oklahoma City University with a master’s degree in Opera Performance. She is an inductee into the Oklahoma Hall of Fame, as well as the Oklahoma Music Hall of Fame.

About The Tabernacle Choir and Orchestra at Temple Square
The Tabernacle Choir at Temple Square is a world-renowned, 360-member choir credited with over 4,700 episodes of its weekly live performance of “Music & the Spoken Word.” The program is the longest continuing network broadcast in history, now celebrating its 90th anniversary. The Choir has traveled around the world performing in acclaimed concert halls, for the inaugurations of seven U.S. presidents beginning with its first for President Lyndon B. Johnson in 1965, at World’s Fairs and expositions, in acclaimed concert halls, on television and radio broadcasts and now internet streams, and numerous other prestigious events and occasions. The Choir has won four Emmy® Awards, 1 Grammy Award and multiple Grammy nominations, was awarded the National Medal of the Arts in 2003 and inducted into the Classical Music Hall of Fame in 2015. It has released over 200 recordings which have earned two platinum and five gold albums and hit #1 on Billboard®’s classical music charts 13 times.

The Orchestra at Temple Square is a 200-member, all-volunteer symphony orchestra organized in 1999 to perform and accompany the musical ensembles of The Tabernacle Choir organization. The Choir and Orchestra, with their incomparable medley of voices and instruments and their shared faith in God, are a significant, recognizable presence in the world of music, giving service through song. More info at https://www.thetabernaclechoir.org/.

About BYUtv
BYUtv provides families more than 1,700 hours of entertaining and compelling programming they can enjoy together. The network’s content is trusted, contemporary and clean, yet clever and sophisticated enough to inspire children and parents alike. BYUtv’s diverse portfolio of original, co-produced and acquired content includes scripted and unscripted dramas and comedies, 700+ hours of live HD collegiate sports, game shows, and holiday special made-for-tv movies, docudramas and concerts. BYUtv is available in 50 million homes in every state of the country on DISH Network, DirecTV and 146 other major cable systems. A digital pioneer, BYUtv was the first U.S. television network to stream all of its content live and unencrypted over the internet. Today, BYUtv has over 1 million YouTube subscribers and 1 billion views and is available live and on-demand on multiple digital platforms free of charge, including Apple TV, YouTube, Roku, Amazon Fire, Chromecast, Xbox One, Windows Media, digital apps for iOS and Android, and BYUtv.org. Based in Provo, Utah, BYUtv is part of BYU Broadcasting, which is owned by Brigham Young University.

About WGBH
WGBH Boston is America’s preeminent public broadcaster and the largest producer of PBS content for TV and the Web, including Masterpiece, Antiques Roadshow, Frontline, Nova, American Experience, Arthur, Pinkalicious & Peterrific, and more than a dozen other primetime, lifestyle and children’s series. WGBH’s television channels include WGBH 2, WGBX 44, and the digital channels World and Create. WGBH Radio serves listeners across New England with 89.7 WGBH, Boston’s Local NPR®; 99.5 WCRB Classical Radio Boston; and WCAI, the Cape and Islands NPR® Station. WGBH also is a major source of programs for public radio (among them, PRI’s The World®), a leader in educational multimedia (including PBS LearningMedia™, providing the nation’s educators with free, curriculum-based digital content), and a pioneer in technologies and services that make media accessible to deaf, hard of hearing, blind and visually impaired audiences. WGBH has been recognized with hundreds of honors: Emmys, Peabodys, duPont-Columbia Awards and Oscars. Find more information at wgbh.org.

About PBS
PBS, with more than 330 member stations, offers all Americans the opportunity to explore new ideas and new worlds through television and digital content. Each month, PBS reaches over 120 million people through television and 26 million people online, inviting them to experience the worlds of science, history, nature and public affairs; to hear diverse viewpoints; and to take front row seats to world-class drama and performances. PBS’s broad array of programs has been consistently honored by the industry’s most coveted award competitions. Teachers of children from pre-K through 12th grade turn to PBS for digital content and services that help bring classroom lessons to life. Decades of research confirms that PBS’s premier children’s media service, PBS KIDS, helps children build critical literacy, math and social-emotional skills, enabling them to find success in school and life. Delivered through member stations, PBS KIDS offers high-quality educational content on TV— including a 24/7 channel, online at pbskids.org, via an array of mobile apps and in communities across America. More information about PBS is available at www.pbs.org, one of the leading dot-org websites on the internet, or by following PBS on Twitter, Facebook or through our apps for mobile and connected devices. Specific program information and updates for press are available at pbs.org/pressroom or by following PBS Pressroom on Twitter. 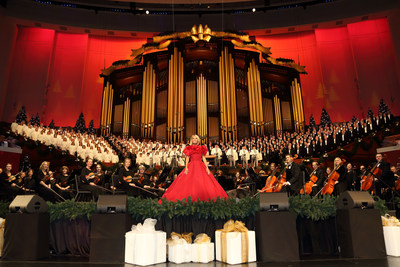