Chappy Signs on As First Official Sponsor of PRIDE Radio


NEW YORK – June 26, 2019 – iHeartMedia announced today that PRIDE Radio, The Pulse of LGBTQ America, has expanded its footprint with the addition of 12 HD radio stations to debut immediately. iHeartRadio’s PRIDE Radio brings the best of music and programming to the LGBTQ+ community and its allies around the country and will expand its reach in major cities across the nation, including Houston; Chicago; Denver; Boston; Tampa, Florida; Cleveland; Columbus, Ohio; Seattle; Miami; Cincinnati; Charlotte, North Carolina; and Baltimore.

iHeartMedia proudly supports the LGBTQ+ community and actively participates in LGBTQ+ events and initiatives across the country including its partnership with NYC WorldPride March, the largest Pride celebration in the world spanning the entire month of June. For this year’s NYC WorldPride March, singer, producer and YouTube sensation Alex Aiono will join iHeartRadio for its float in the NYC WorldPride March. In addition, over 30 iHeartRadio employees and personal friends will join the march to showcase their support for the LGBTQ+ community. The parade kicks off at 12:05 p.m. and top DJs such as iHeartMedia’s A-Ron will join iHeartRadio’s official float. iHeartMedia New York’s Z100 and103.5 KTU will also participate in the parade with their very own floats. For more information, listeners can visit the WorldPride website.

“PRIDE Radio is a platform created to celebrate the growing and passionate LGBTQ+ community and allies,” said Don Parker, General Manager for PRIDE Radio at iHeartMedia. “To be able to expand our reach and engage thousands more through these new HD stations as well as our sponsorship with WorldPride, an organization that empowers and fights for inclusivity is incredible and supports and elevates our brand and mission.”

In addition, PRIDE Radio has also signed its first partner, Chappy, the gay connection app for men. The Chappy app is a space for gay and bi men to build healthy relationships in a pressure-free environment. The app recently celebrated the launch of Friend Mode, a new feature developed to create a simplified way to make meaningful platonic friendships, and to expand social circles.

“We are proud to partner with iHeartRadio to launch PRIDE radio and support their commitment to the LGBTQ+ community,” said Sam Dumas, Head of Brand and Co-Founder, Chappy. “Together we will help provide a platform for LGBTQ+ voices across America.”

About iHeartMedia
iHeartMedia is the number one audio company in the United States, reaching nine out of 10 Americans every month – and with its quarter of a billion monthly listeners, has a greater reach than any other media company in the U.S. The company’s leadership position in audio extends across multiple platforms including 848 live broadcast stations; its iHeartRadio digital service available across more than 250 platforms and 2,000 devices including smart speakers, smartphones, TVs and gaming consoles; through its influencers; social; branded iconic live music events; and podcasts as the #1 commercial podcast publisher. iHeartMedia also leads the audio industry in analytics and attribution technology for its marketing partners, using data from its massive consumer base. iHeartMedia is a division of iHeartMedia, Inc. (PINK: IHTM). Visit iHeartMedia.com for more company information. 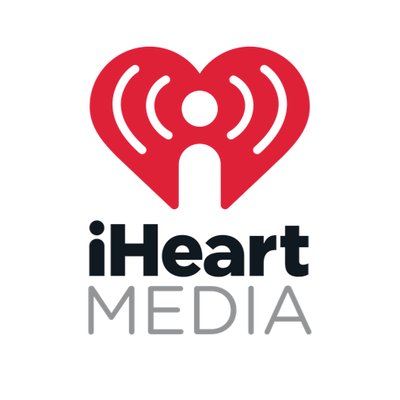