Combination of CBS Radio and Entercom Will Create Scale and Reach across the U.S., Including 22 of the Top 25 Markets

NEW YORK, Oct. 19, 2017 /PRNewswire/ — CBS Corporation (NYSE: CBS.A and CBS) (“CBS”) today announced the commencement of an exchange offer for the separation of its radio business as part of its previously announced agreement to combine CBS Radio Inc. (“CBS Radio”) with Entercom Communications Corp. (NYSE: ETM) (“Entercom”). The combined company will have a nationwide footprint of 235 stations, including stations in 22 of the top 25 U.S. markets.

The exchange offer represents the next step in the planned combination of CBS Radio and Entercom, which will be effected through a “Reverse Morris Trust” transaction. In the exchange offer, CBS shareholders will have the opportunity to exchange their shares of CBS Class B common stock for shares of CBS Radio common stock, which will be immediately converted into the right to receive an equal number of shares of Entercom Class A common stock upon completion of the proposed merger, in each case subject to certain customary terms and conditions. The exchange offer and merger are generally expected to be tax-free to participating CBS shareholders for U.S. federal income tax purposes.

“We are very pleased to be taking this important step toward the split-off of our radio business in a way that we believe is good for CBS Radio, good for the CBS Corporation, and good for our shareholders,” said Leslie Moonves, Chairman and Chief Executive Officer, CBS Corporation. “This exchange offer will give equity holders the opportunity to invest in what we believe will be a best-in-class radio company, with top assets and a terrific management team. And for CBS, we expect that it will unlock even more value and allow us to become even more focused on the creation and distribution of premium video content.”

Details of the Exchange Offer:

Immediately following the completion of the exchange offer, a special-purpose merger subsidiary of Entercom will be merged with and into CBS Radio, with CBS Radio surviving the merger and becoming a wholly owned subsidiary of Entercom. In the merger, each share of CBS Radio common stock will be converted into the right to receive one share of Entercom Class A common stock. Entercom will issue 101,407,494 shares of Entercom Class A common stock in the merger. In addition, the parties estimate that approximately 3,179,976 shares will be eligible for issuance in respect of equity awards held by employees of CBS Radio in consideration of the replacement of their restricted stock units and stock options in CBS with those of Entercom.

The transaction is subject to customary closing conditions, including required regulatory approvals and the approval of Entercom shareholders. Entercom has scheduled a meeting of shareholders to be held on November 15, 2017, to approve the issuance of Entercom Class A common stock in the merger and amend the Entercom articles of association to classify the Entercom board of directors in connection with the transaction. Entercom Chairman Joseph M. Field, a controlling shareholder of Entercom, has agreed to vote in favor of the transaction. These approvals can be obtained based solely on the favorable vote of Mr. Field in accordance with the provisions of a Voting Agreement between Entercom and Mr. Field, dated as of February 2, 2017.

Goldman Sachs & Co. LLC is acting as financial advisor to CBS Corporation in connection with the merger.

Forward-Looking Statements
This press release contains certain statements about CBS, CBS Radio and Entercom that are “forward-looking statements” within the meaning of Section 27A of the United States Securities Act of 1933, as amended, and Section 21E of the United States Securities Exchange Act of 1934, as amended. These matters involve risks and uncertainties as discussed in CBS’s and Entercom’s respective periodic reports on Form 10-K and Form 10-Q and current reports on Form 8-K, filed from time to time with the SEC. The forward-looking statements contained in this press release may include statements about the expected effects on CBS, CBS Radio and Entercom of the proposed separation of CBS’s radio business and merger of CBS Radio with an Entercom subsidiary (collectively, the “Transaction”); the anticipated timing and benefits of the Transaction and CBS’s, CBS Radio’s and Entercom’s anticipated financial results; and also include all other statements in this press release that are not historical facts. Without limitation, any statements preceded or followed by or that include the words “targets,” “plans,” “believes,” “expects,” “intends,” “will,” “likely,” “may,” “anticipates,” “estimates,” “projects,” “should,” “would,” “could,” “positioned,” “strategy,” “future,” or words, phrases, or terms of similar substance or the negative thereof, are forward-looking statements. These statements are based on the current expectations of the management of CBS, CBS Radio and Entercom (as the case may be) and are subject to uncertainty and to changes in circumstances and involve risks and uncertainties that could cause actual results to differ materially from those expressed or implied in such forward-looking statements. In addition, these statements are based on a number of assumptions that are subject to change. Such risks, uncertainties and assumptions include: the satisfaction of the conditions to the Transaction and other risks related to the completion of the Transaction and actions related thereto; CBS’s and Entercom’s ability to complete the Transaction on the anticipated terms and schedule, including the ability to obtain regulatory and shareholder approvals and the anticipated tax treatment of the Transaction and related transactions; the ability to obtain or consummate financing or refinancing related to the Transaction upon acceptable terms or at all; risks relating to any unforeseen liabilities, future capital expenditures, revenues, expenses, earnings, synergies, economic performance, indebtedness, financial condition, losses, and future prospects; business and management strategies and the expansion and growth of Entercom’s operations; price or trading volume of Entercom’s common stock; failure to pay dividends to holders of Entercom’s common stock; impairment charges for FCC licenses and goodwill; Entercom’s ability to integrate CBS Radio’s business successfully after the closing of the Transaction and to achieve anticipated synergies; and the risk that disruptions from the Transaction will harm CBS’s, CBS Radio’s or Entercom’s businesses. However, it is not possible to predict or identify all such factors. Consequently, while the list of factors presented here is considered representative, no such list should be considered to be a complete statement of all potential risks and uncertainties. Unlisted factors may present significant additional obstacles to the realization of forward-looking statements. Forward-looking statements included herein are made as of the date hereof, and none of CBS, CBS Radio or Entercom undertakes any obligation to update publicly such statements to reflect subsequent events or circumstances.

Important Notices and Additional Information
In connection with the Transaction, CBS has filed with the SEC a Schedule TO with respect to the exchange offer, CBS Radio has filed with the SEC a registration statement on Form S-4 and Form S-1 containing a prospectus of CBS Radio relating to the exchange offer, and Entercom has filed with the SEC a registration statement on Form S-4 relating to the Transaction. Entercom has also filed a proxy statement, of which the prospectus contained in Entercom’s registration statement on Form S-4 forms a part, on October 16, 2017. INVESTORS AND SECURITY HOLDERS ARE URGED TO READ THESE DOCUMENTS AND ANY AMENDMENTS TO THESE DOCUMENTS WHEN THEY BECOME AVAILABLE, AS WELL AS ANY OTHER RELEVANT DOCUMENTS, BECAUSE THEY CONTAIN IMPORTANT INFORMATION ABOUT CBS, CBS RADIO AND ENTERCOM AND THE TRANSACTION. Investors and security holders may obtain these materials and other documents filed with the SEC free of charge at the SEC’s website, www.sec.gov. In addition, copies of these materials may be obtained free of charge by accessing CBS’s website at www.cbscorporation.com, or from Entercom by accessing Entercom’s website at www.entercom.com. Shareholders may also read and copy any reports, statements and other information filed by CBS or Entercom with the SEC, at the SEC public reference room at 100 F Street, N.E., Washington D.C. 20549. Please call the SEC at 1-800-SEC-0330 or visit the SEC’s website for further information on its public reference room.

About CBS Corporation
CBS Corporation (NYSE: CBS.A and CBS) is a mass media company that creates and distributes industry-leading content across a variety of platforms to audiences around the world. CBS has businesses with origins that date back to the dawn of the broadcasting age as well as new ventures that operate on the leading edge of media. CBS owns the most-watched television network in the U.S. and one of the world’s largest libraries of entertainment content, making its brand — “the Eye” — one of the most recognized in business. CBS’s operations span virtually every field of media and entertainment, including cable, publishing, radio, local TV, film, and interactive and socially responsible media. CBS’s businesses include CBS Television Network, The CW (a joint venture between CBS Corporation and Warner Bros. Entertainment), CBS Television Studios, CBS Studios International, CBS Television Distribution, CBS Consumer Products, CBS Home Entertainment, CBS Interactive, CBS Films, Showtime Networks, CBS Sports Network, Pop (a joint venture between CBS Corporation and Lionsgate), Smithsonian Networks, Simon & Schuster, CBS Television Stations, CBS Radio and CBS EcoMedia. For more information, go to www.cbscorporation.com.

About CBS Radio
CBS RADIO is one of the largest major-market broadcast media operators in the United States and the undisputed leader in news and sports radio. CBS RADIO produces original audio and video content, live events and exclusive programming distributed on-air, online and on mobile platforms. A division of CBS Corporation, CBS RADIO owns 117 radio stations in 26 markets – including all of the top 10 radio markets as ranked by Nielsen Audio – as well as an extensive array of digital assets. CBS RADIO distributes its programming via AM, FM and HD Radio stations, Radio.com and CBS Local Digital Media apps, making engaging with audiences easier than ever before. For more information on CBS RADIO, please visit www.cbsradio.com. 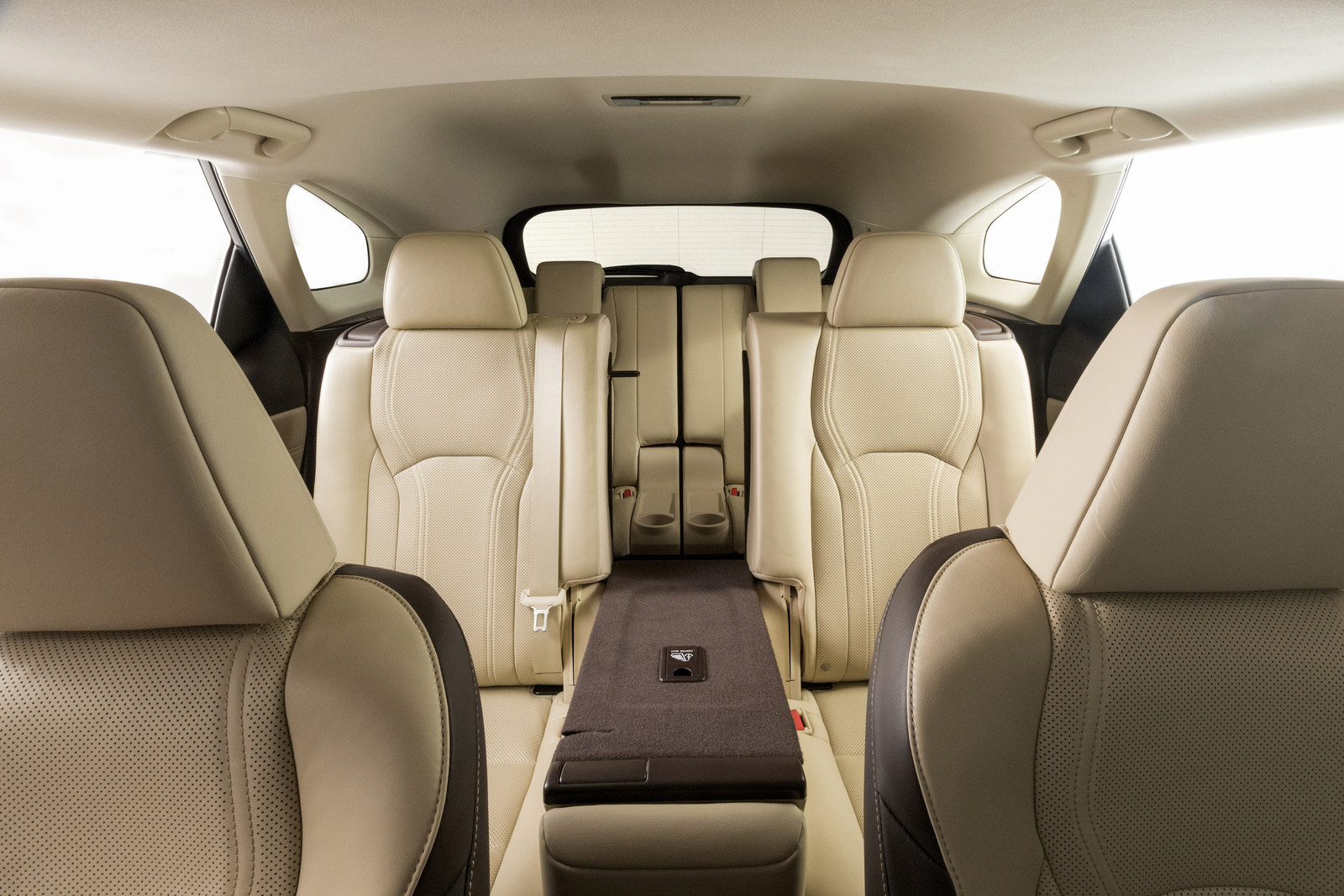